Oh what a blur life has been the past seven months. One moment I feel as if I just announced to the world that we finally were blessed with the miracle of pregnancy and then again there are moments, such as 4:30 am this morning when I had to pee for the fifth time during the night where I feel as if I have been pregnant for-ev-er.

The hubster and I are super lucky to live in the land of the Finns and a little bit ago we were able to receive one of the famed baby boxes for free which yes our newborn will actually sleep in for her first few months....why not eh? So without trying to turn this post into a haul post I’m going to throw in photos of our opening the contents and just like the news reports said the stuff in there is really high-quality and not as ugly as I had feared (que guilt for thinkingly badly about a gift horse). If you are interested in the full contents click on here. One of the many benefits from paying a preposterously high tax rate I suppose :) 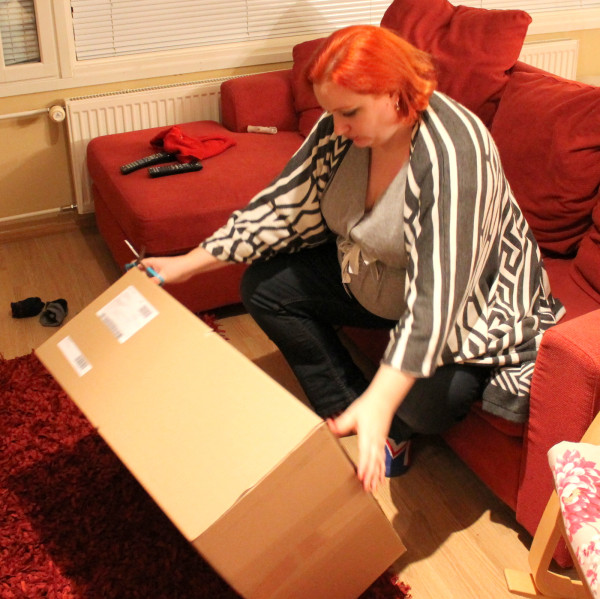 Disclaimer: I must make it clear that I am not complaining about my situation with the following. I recognize just how preposterously lucky I am and as well I also understand and empathise with those out there that are going through the emotional turmoil that infertility causes. Rather since this is more like a journal to me instead of a platform to blogging fame and fortune I’m going to be honest with what I am experiencing. There are so many wonderful things about being pregnant and so many horrid things and well I would be a blasted liar if I stood next to the woman puking her guts out next to the toilet for the 30th time that day telling her that she isn’t allowed to complain about being uncomfortable. In short: PREGNANCY IS HARD...but would I do it again? 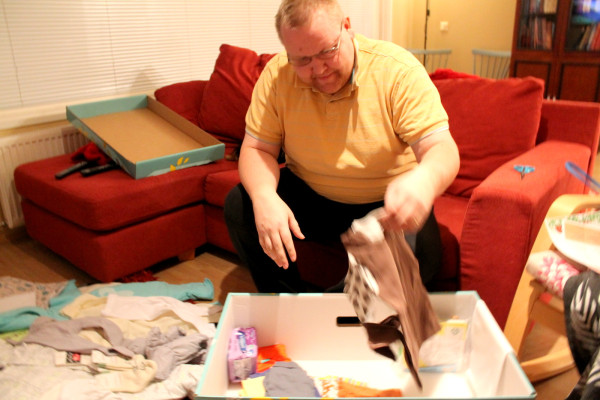 The past six months I have seen a massive change in some of my thought processes. One startling one was the realisation that actually I always desperately wanted to be a mother but it hit me one miserable first-trimester day that I actually never had that overwhelming desire to be pregnant. I maintain that a child doesn’t have to be born of me to be considered my child....however I thought that at least once I would have liked to try being pregnant (oh naivety...). There were moments when I was in the throes of fertility- drug induced hysterical turmoil that I cursed the visa situation that prevents us from starting the adoption process right away. I’m not clueless about how difficult and arduous the process is but in those moments of physical pain and desperation to stop myself irrationally crying it looked like a tempting alternative. Who knows in the future which course we will pursue when we want to expand our family further. I usually research the crap outta anything that I am going to experience but the thought that having children might never have been available to us stopped me from researching much about pregnancy. I also refused to buy any baby stuff until I saw those two awesome pink lines and thank goodness for that for we have been blessed with soooooooo much free stuff. People are very generous with old baby stuff. 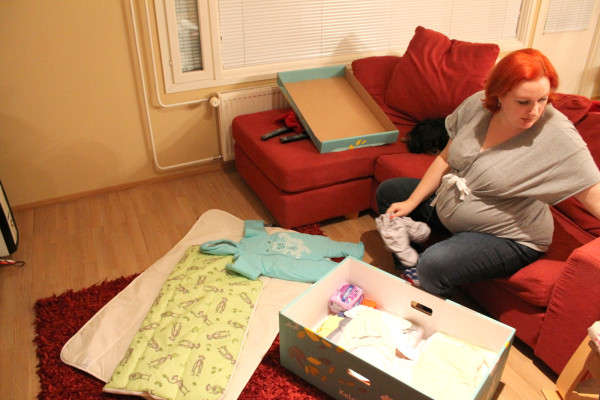 ....or what I remember of it. It’s not for nothing that they usually say that this is the worst time in pregnancy. Overwhelming exhaustion was my worst symptom. No matter how much sleep I could get (which is rather difficult when I awoke 7 or 8 times a night to pee) I would catch myself literally falling asleep sitting in class. A wise man from church told me of his amazement that something the size of a peanut can drain so much energy from it’s host and its true. I also had overwhelming moments of nausea combined with the fear that I was going to embarrass myself in public and hurl at a moment’s notice. I was lucky that in the end I actually didn’t randomly vomit (only about 10 times and only when exposed to horrendous smells) but I didn’t know that I would be so lucky and therefore extra dog poop bags were always in my pocket. 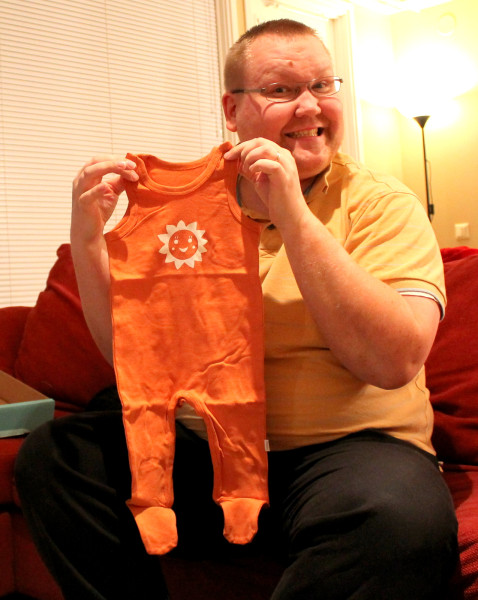 It’s true when they tell you that your nose becomes hyper sensitive. What they don’t tell you is that it seems to only be sensitive to bad smells....not good ones and EVERYTHING STINKS! Cooking, the rubbish bins, strangers who might not have bathed that day, laundry baskets, piles of photogenic leafs etc... During this time we lived in a Nuoret Asunto (renting association that rents to those under 30) and it felt as if EVERYONE THERE SMOKED! In the best of times I can’t stand the smell of cigarette smoke but this place also had the disadvantage of terrible architects who built the air intake right above the outside door so even with all of the windows and doors shut the smell would infiltrate the house and was as welcome as an invading Mongol. It was particularly strong and terrible if people decided to smoke in the sauna balcony which was directly under my bedroom. Building management did put up signs asking them not to smoke and even explaining why as it entered our home but it didn’t stop many an inconsiderate jerk. During this time my patience would begin to lessen to the point now where I have to actively remind myself to be more tolerant. In good news: when I am seriously pissed off my Finnish tends to be perfect. They day before we moved I had had enough and without even thinking I opened the balcony door and let rip a shot of epic volume at the jerks puffing away below us. I had never seen two naked silhouettes run inside so quickly. I’m sure that one stumbled on the chair in his haste. Hope that bruise is a reminder not to be a butthead. 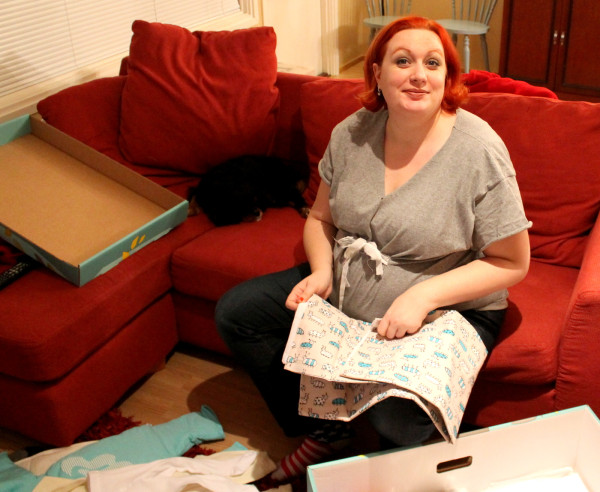 I expected to be plagued with cravings and was lucky that I really didn’t have many. What I was amazed at was at the instant that whatever I was craving hit my belly I felt a surge of relief waif over me that generated an audible sigh every time. It was as if my body desperately needed whatever I was craving (chocolate softis, cheesy fries, roasted vegetables) The hubster was also lucky that I didn’t send him out at 3am for pickles but I wasn’t completely devoid of madness: one night I did wake him up at midnight with pots banging. I had started to make Chinese food from scratch since no place was open and I HAD TO HAVE IT! 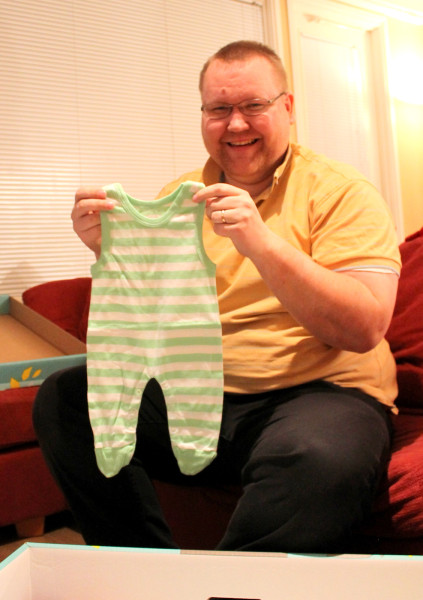 There was some good though. We had booked a long holiday back to my beloved England months before we received our positive test and I was 7 weeks along when we landed. Although it did slow our adventures down it didn’t stop them and we were able to have a wonderful vacation. I only had one day where I really couldn’t go out and thankfully it was the only one on the whole vacation with a terrible storm. In fact the weather was so uncharacteristically perfect for England that the hubster and I managed to get a sunburn.....from England.....Eng....land... This also showed me how helpful and tolerant my best friends and hubby could be if I were incapacitated. 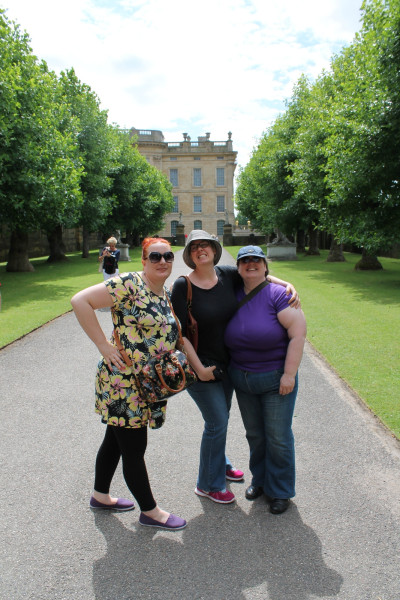 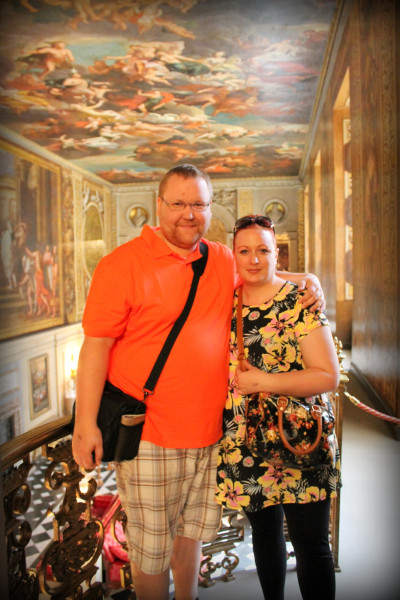 (ok so those two photos were of England....back to the baby box...)

Coming back to the teensy 45sq mtr (480sq ft) smoke filled apartment of woe was enough for us to get fully inspired to find a much more appropriate place for a family. Poor Ville, he had to do most of everything on his own as I couldn’t read a lick of what the estate agents were posting as well as this: Finland has more than two options for getting into a house. In England for me it was either rent or buy. Here it’s much more complicated with numbered waiting lists and availability options and my mind could barely stay awake long enough to attend school none the less work this out. Imagine my surprise when the hubster actually found us an affordable countryside three-bedroom house that was double the size of our last place! I honestly didn’t think that our next upgrade would have been such a big leap. Hyvin Tehtyy Ville! 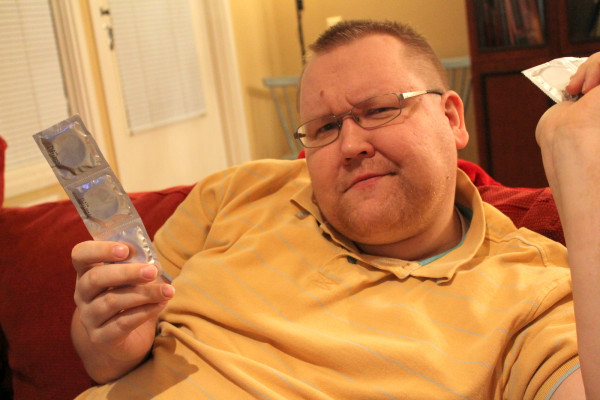 Moving during any time is usually terrifically stressful but add the first months of pregnancy to that and you have a nightmare scenario on your hands. Knowing that extra work such as packing must be done while just barely able to stay awake for normal life became overwhelming at moments plus add the fact that you can’t lift anything heavy and without realising it you have overfilled a box that threatens to burst not only it’s contents by the first lift but the biceps of whomever is unfortunate enough to lift it. I was really worried about how on earth we were going to make a move even possible at this moment but I should have relaxed more and had more faith in my church. I love love love that part of being a Mormon usually means that you never need to search far for volunteer movers. We had 10 strong men willingly show up (one even brought along a trailer so we didn’t have to pay for one!) and cart our super heavy stuff. Bless a few even stayed behind and set up our bed and dishwasher so we could have a comfortable night’s sleep. I didn’t have to lift a thing....which was great actually since it meant that I wasn’t completely useless and could at least drive people around. 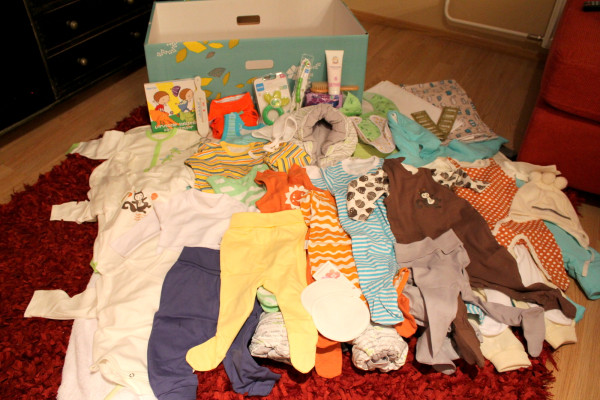 It is also during this time where everyone around you becomes an expert on what you are supposed to or not supposed to do and many many times one person will contradict the other. My neuvola (akin to a midwife from England) recommended that I keep exercising gently every day so I road my bike the 4 kilometres (2.5 miles) to school....to which one of my classmates told me that I would kill my baby by doing too much so early and that in her country a doctor would never let her even dream of riding a bike that far everyday....um.....ok......so do I get back on my bike and ride home or what? There’s also the dreaded banned food list which in all of my three countries is quite different and therefore raised loads of confusion. I had to learn that for every expert recommendation there tends to be another expert recommendation that negates the first. So had to refer to my internal judgement...so far so good as the munchkin just gave me a swift kick. 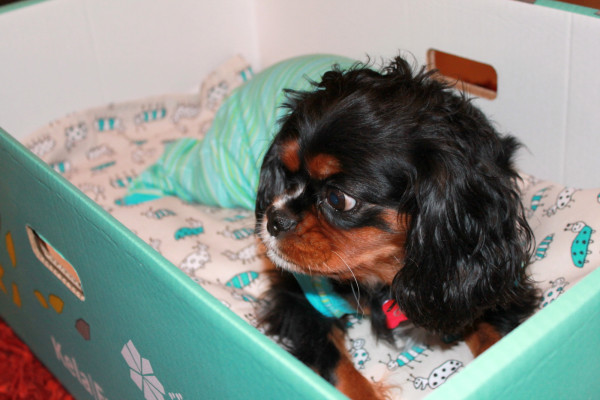 Up next: the Second Trimester