Ariane (or Jessica to a few of you) (

What’s new? That much? You must be so proud. Why me? Oh….not much is different. I moved to Finland and married the man of my dreams so yeah….just life y’know? 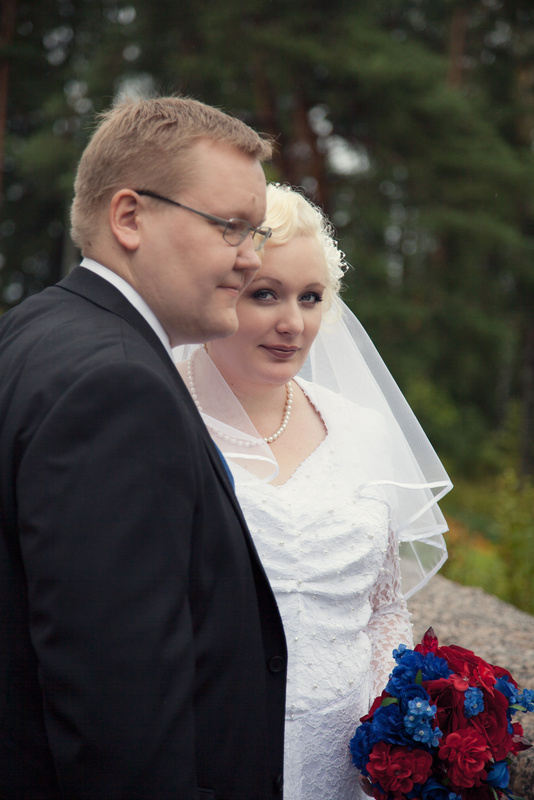 I’ve been wondering how to blog this for a long time and each time the gargantuan task frightened me into putting it off for another day….or another week….let it never be said I skirt difficult tasks. 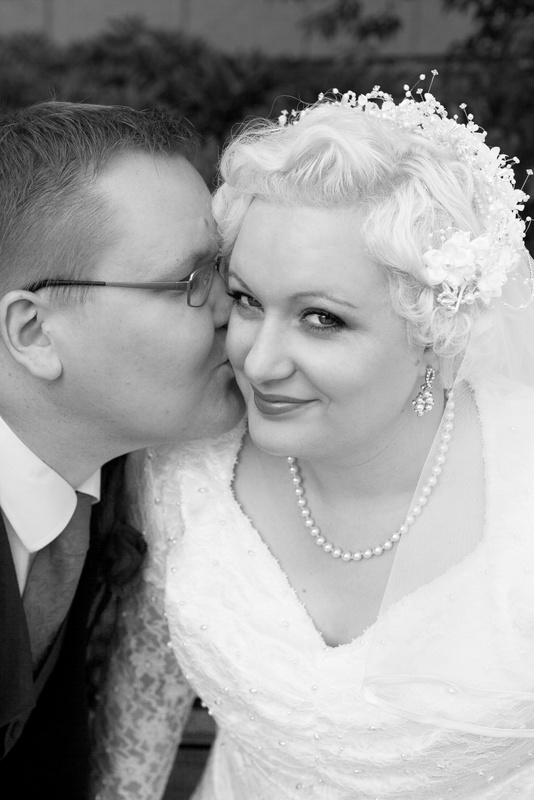 So that’s it in a nutshell. I’ve left my beloved Engurrrland and have moved to the (Fin) land of mutant squirrels, more blood-based sausage and a language whose structure would make Master Yoda very proud indeed. 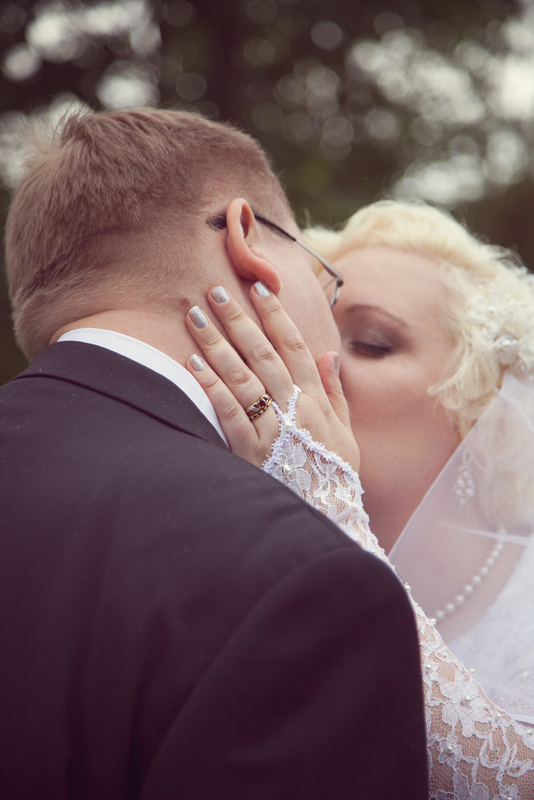 Wedding plans had encapsulated the length of each and every day up until the final execution. You see I got this ridiculous idea that I would DIY just about everything. I made the bridesmaid gowns, all of the flowers, decorations, my veil and headpiece and even my wedding dress which took six hours to hand-sew a few beads onto ( I am sooo looking forward to a trash the dress session with that monstrosity).  However it did provide a whole whelp of awesomeness in the photos that I can now (with all the work behind me) safely say how happy I am that I put that effort into. Wanna see some? 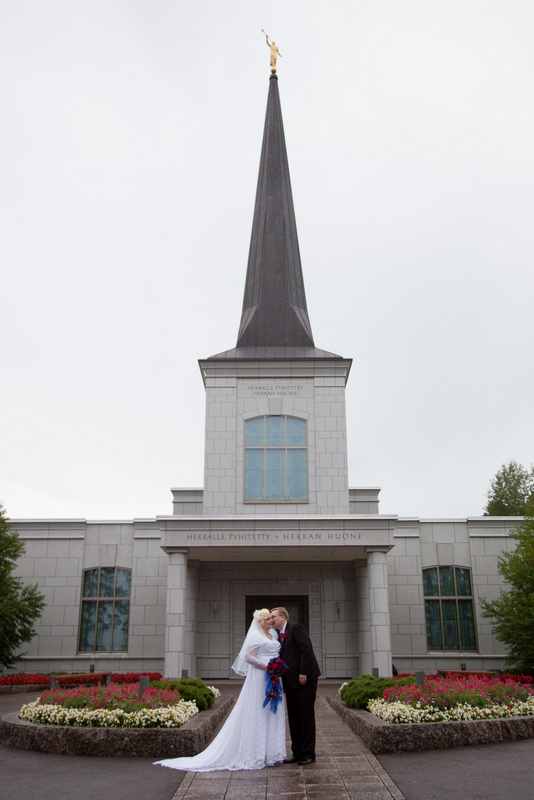 Our photographer was wonderful. Advice to all those in high school. BE NICE TO THE ARTISTIC ONE! Become friends. Stay in contact on facebook. You will not regret it. Our astounding photographers were Shannon and Witold from Shannon Angel Photography. Shannon and I went to middle and high school together in Utah. I moved to England. She moved to Ireland. I decide to move to Finland and she and her hubster decide to move to Sweden. I got the hint that the cosmos wanted us to be friends and over a typical “what you up to?” conversation she offered to be my photographer! 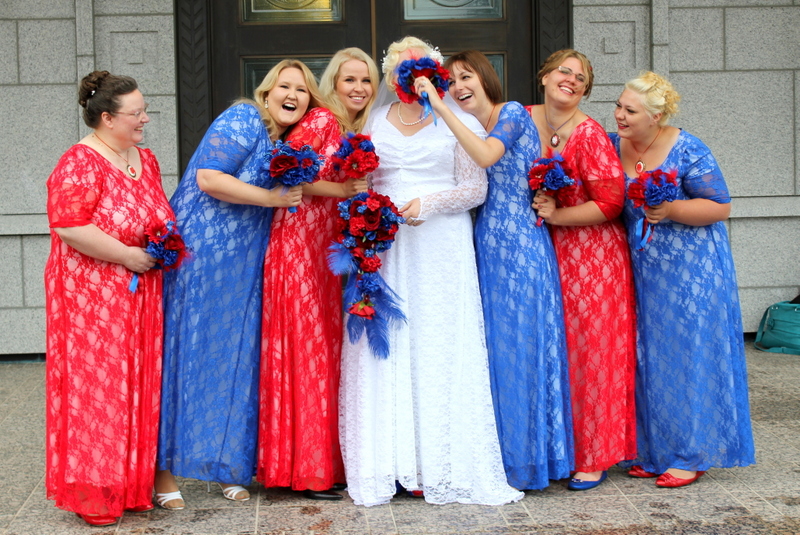 I could not contain my inner squee. Can you blame me? Just look at this beautifulness… 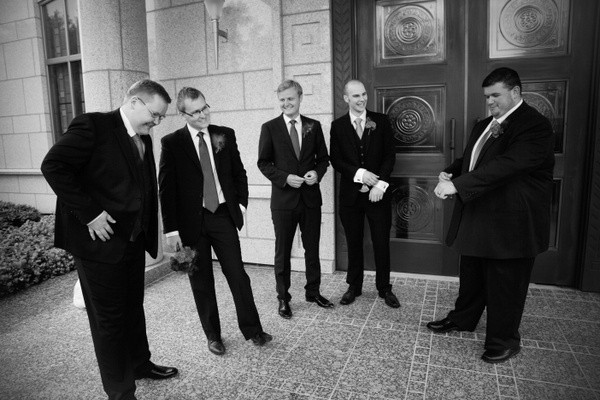 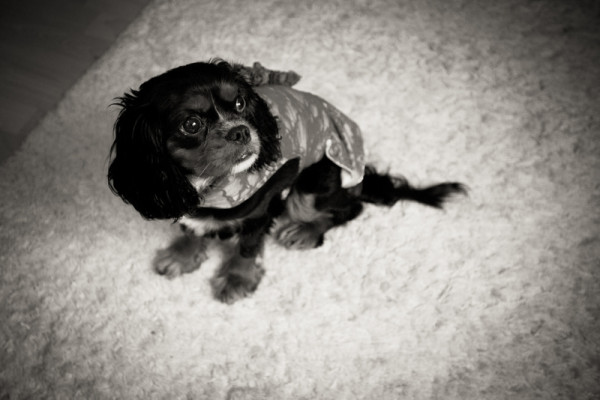 ….and to top it off she and the hubster are fellow board game geeks just like Herra Suomi and moi! I fully expect to make many trips across the Bothnia to indulge in this. 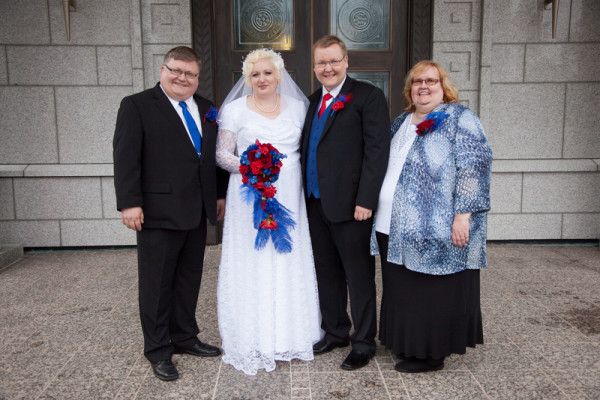 Ville (Herra Suomi) proposed on the 12th of May 2012 in Espoo less than 30 minutes after I got off my flight. It was easy to say yes. I cannot begin to describe this overwhelming feeling of conviction that a life with him was the right choice. Like many a wife says. When you know. You know. 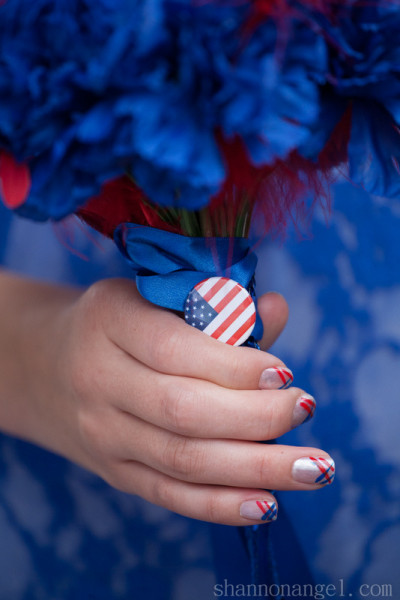 Growing up in nowheresville Utah I never expected that I would have the opportunity to even travel to another country, none the less live in one. Now I’ve lived in three. 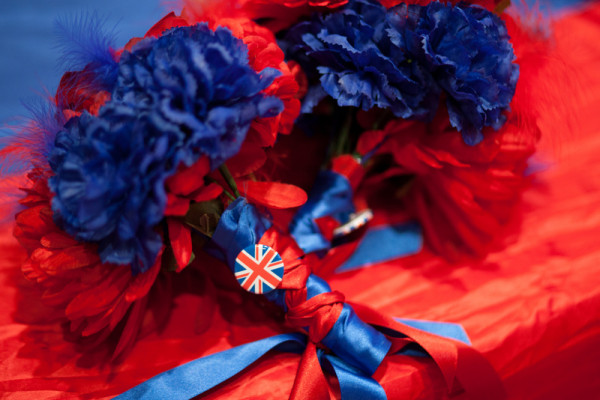 A few years ago I thought to myself rather smugly that I had managed to escape learning another language. Apparently God had other plans and in a twisted joke chose to give me the hardest freakin’ language to learn as my second language….but more on that in further posts later I assure you. I’m not suffering through this alone. 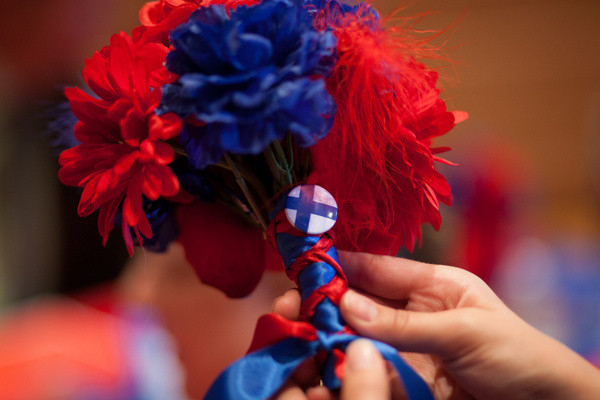 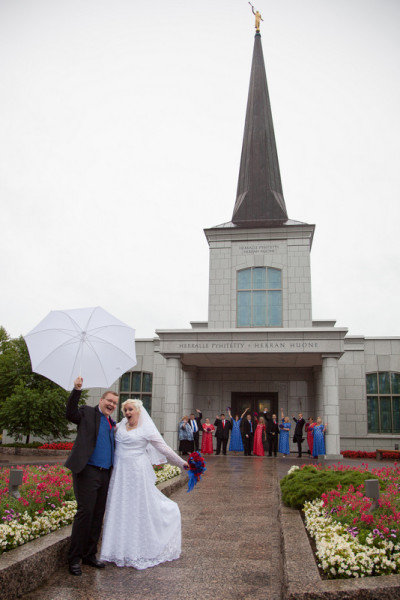 We were married and sealed for all time and eternity in the Helisinki, Finland temple on August 23rd 2012. This means that we are married forever: which I love. That whole “til death-do-you-part” bit always bugged me before. 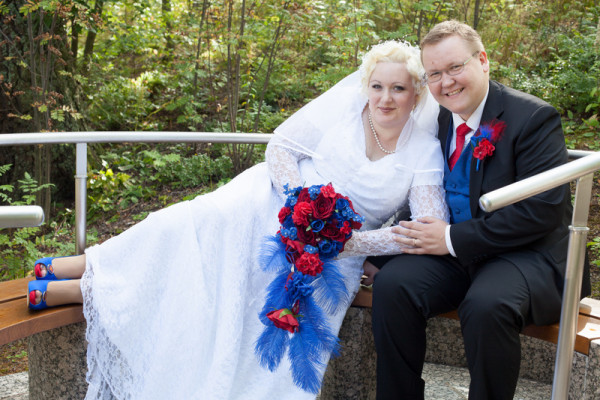 The weather wasn’t wholly co-operative but that didn’t really matter. It always amazes me how quickly one can get married. Months and months (sometimes years) of planning and then in only a few minutes *poof* you’re married! 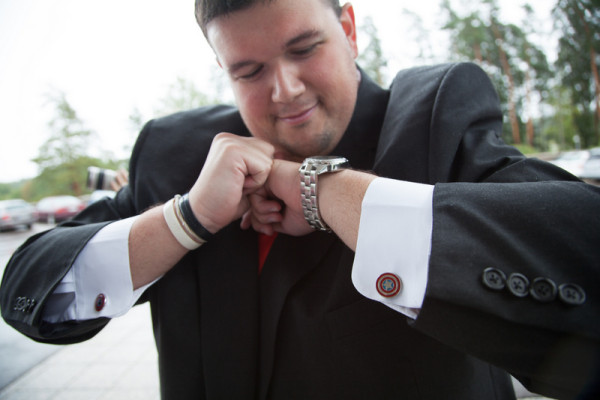 Formal or….rather should I say our version of “formal” photos were taken at the temple. I cannot say how great it was that our whole wedding party was allowed to wear their gear (including the dude’s superhero cufflinks) and pose to our hearts content at the temple here. It felt like the temple was fully ours.

When I was little I wanted to get married in the Salt Lake City Temple because that is where my parents married. I still consider it one of the most beautiful temples but having to que to use a set of stairs for photos from one of the 15 other bridal parties that day didn’t appeal. Sometimes there are hidden bonuses being one of the few LDS peeps around. 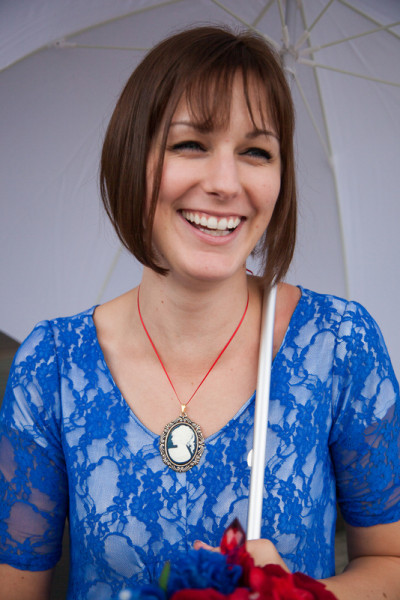 Also we were very lucky, nay blessed, to have so many friends and family traverse from around the globe to be there. My punk of a baby sister from Ohio, best friend from Utah, Bestest mates from the UK and Ville’s uber good friend from the Netherlands all came. So many people put them up fed them and even gave my sister use of their car for the week. It’s moments like this that show you just how much you are loved. 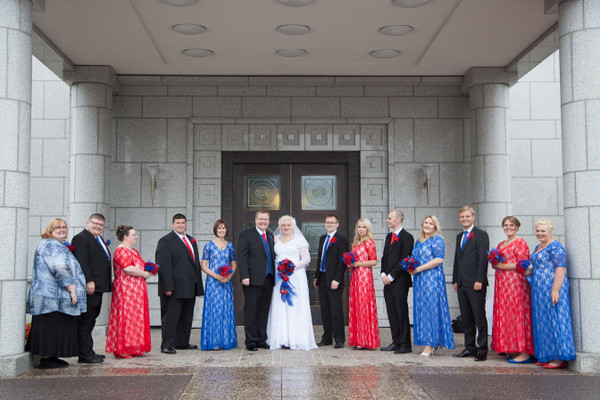 The downside from living in so many places is leaving behind the people you love. *Sigh* If only they could all go with me. 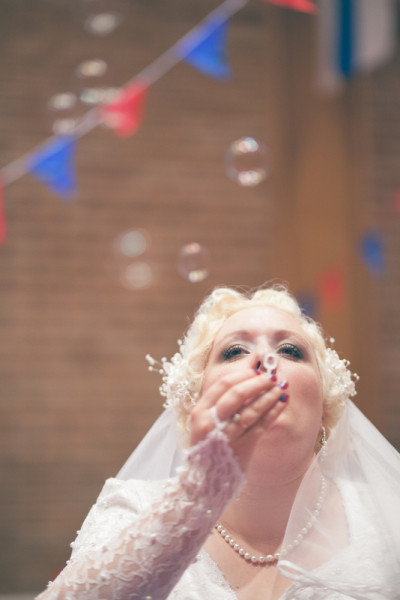 Two days later we had our reception at the ward building. 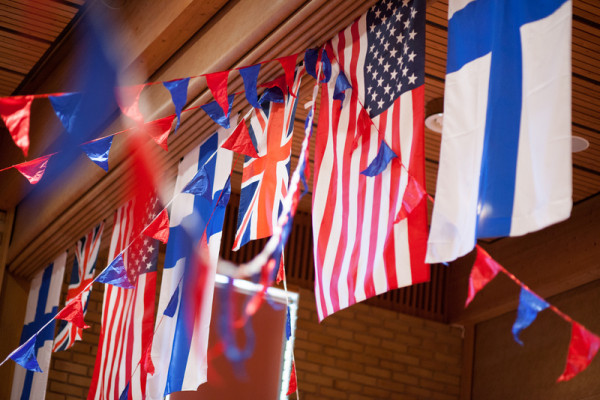 Finnish Weddings are so incredibly different from English or American LDS weddings. You have food, games and entertainment. I can honestly say that it was the most fun I have ever had at a wedding. 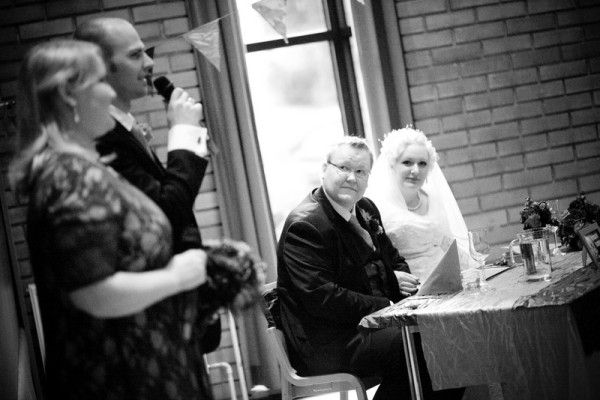 ….but Finns that traditional wedding beer (non-alcoholic) is nasty! 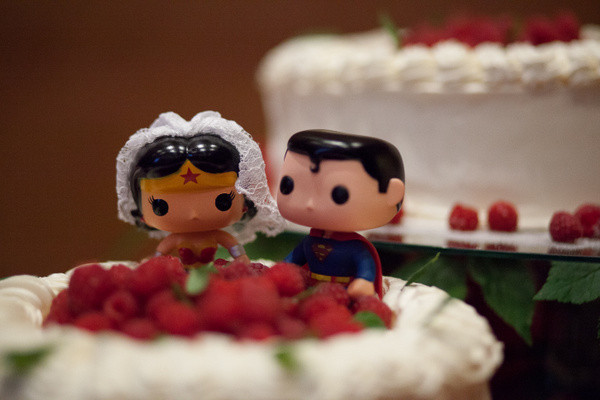 My new sister-in-law and her hubster hosted and did a wonderful job. Keeping the mood light, incorporating the mini-superhero theme and doing a crack-up job on rapid translation between Finnish and English. 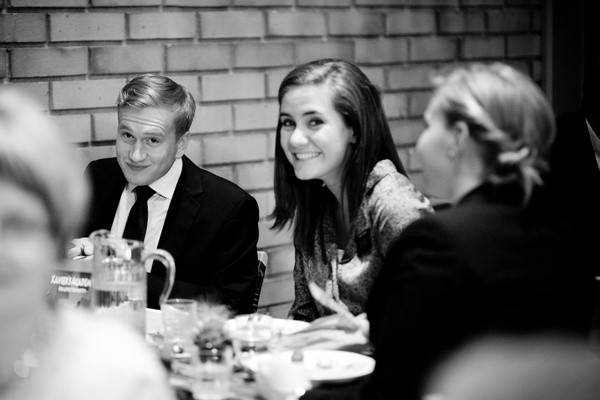 Our photographers even gave us a wedding gift (I thought the HUGE discount for photos was gift enough but this was even more awesome) they set up a photo booth! 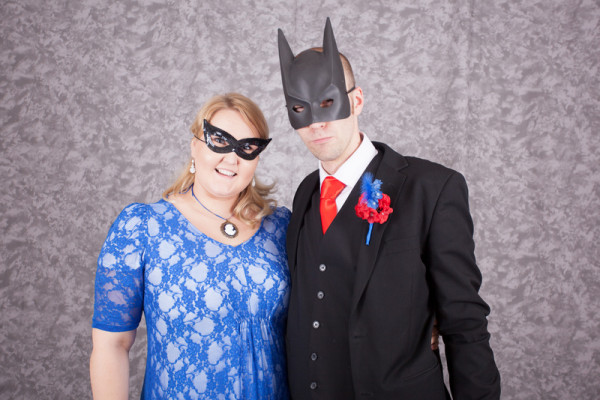 Which we took full advantage of being ridiculous in. 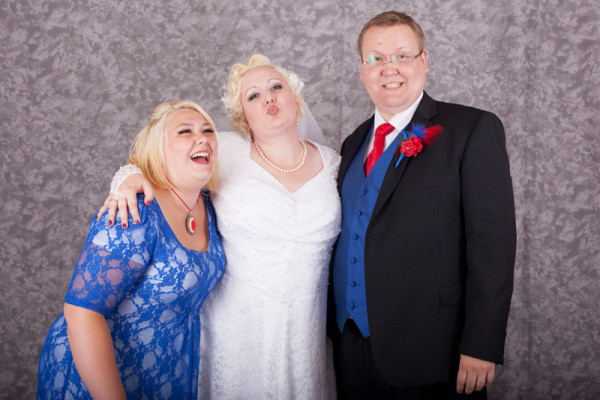 Though a lot of the natives used it as a free Family photo session….. 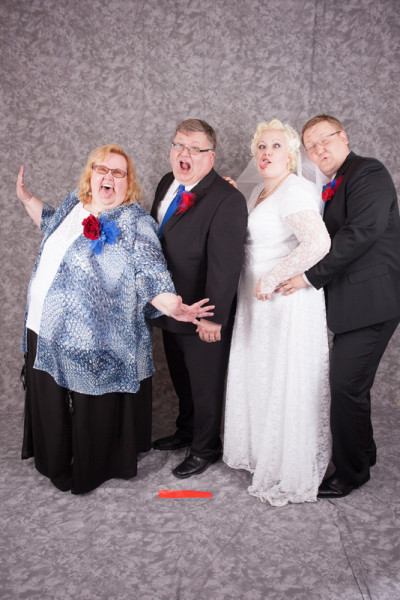 ….which made it great because then I don’t have to buy Christmas gifts this year! Whoo Hoo!!! 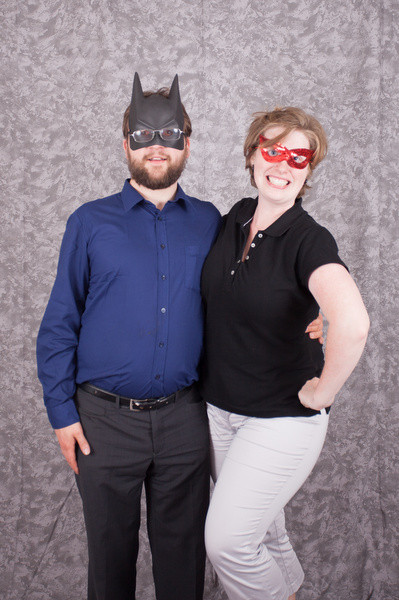 Our photographers even took us to the centre of Helsinki to get night shots and a day after family shoot. I will never forget their kindness. 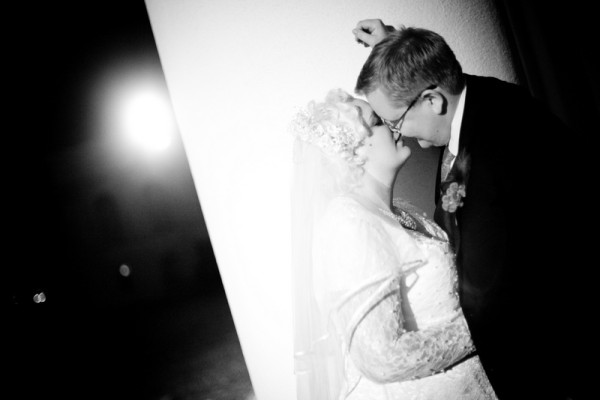 ….nor their preposterous attempts to make us laugh… 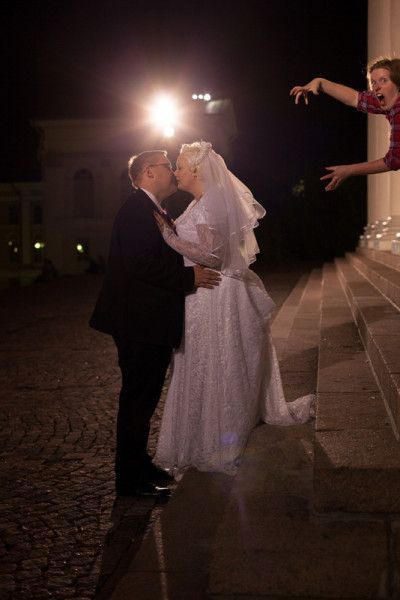 There is so much more to tell you: We’ve set up a home here, my language progress (or lack there of) and Onyx’s transition. Apparently my dog only speaks English. Alas that will have to wait til later. 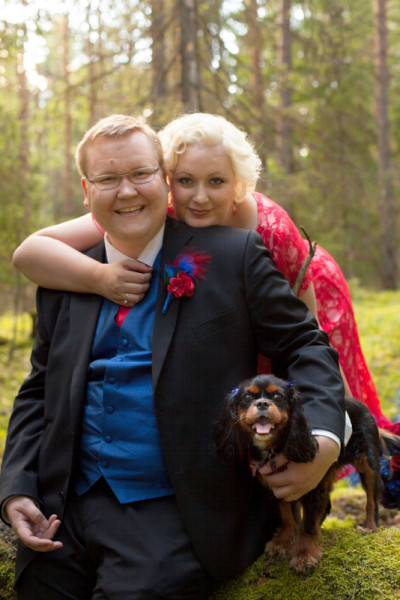 Apologies for the abandonment but I have been rather busy. Bloggnmama (Lisa) please message me personally! I would love to be Facebook friends!